1.-Campo San Antonio, with 26 hectares of Fukumoto oranges planted in 2009.

3.- Cara Cara field with 7 hectares of oranges of this variety on Roubidux pattern planted at the end of 2015.

According to the information published by CIREN (Natural Resources Information Center) under the Chilean Ministry of Agriculture, the number of hectares planted with orange trees in Chile in 2019 was 6,200 and has remained stable in recent years. Regarding lemons, the figure is around 7,000 hectares planted, observing a sustained increase since 2015. 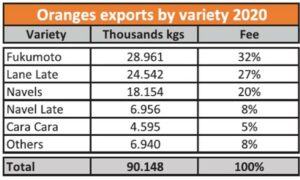 Taking the figures of the Citrus Committee, the total number of hectares planted with orange trees in 2019 was 6,200, which gives an average production of oranges exported per hectare at the country level of 14,540 kilos / ha.

As shown in the following table, the total production of oranges exported by Agro San Antonio in 2021 was 63,019 kilos per hectare, exceeding the average at the country level by 4 times, which reflects the great work in productive terms that our company comes from. carrying out since 2014 and the great quality of the “terroir” and our trees, which generously give us a high quality fruit. 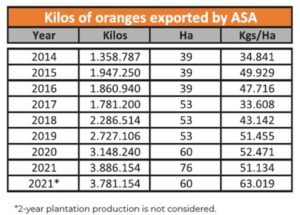 Regarding Agro San Antonio’s participation in the Chilean export oranges industry, the situation is as follows:

• 10 out of every 100 Cara Cara oranges exported are from Agro San Antonio.

• 4 out of every 100 Chilean oranges exported are from Agro San Antonio.

The foregoing is tremendously meritorious, since Agro San Antonio’s market share in terms of planted hectares is 1.6%. Regarding the destination markets for our oranges, it is concentrated in the United States, Europe, Latin America, Canada and Central America. The quota for each destination is presented below.

Our figures in detail

Agro San Antonio’s fruit production has been increasing year by year, both due to the increase in productivity of its fields and the incorporation of new orchards. From 2018 to 2021, orange production has increased by 50%, reaching 4,777,114 kilos in 2021.

It is important to mention in this analysis the% of kilos sent to packing that are finally exported. This rate, which in 2021 was 90%, has maintained its extraordinary performance and demonstrates the excellent product obtained from the orchards and the quality and passion added in the harvesting and packaging processes.

The following graph shows the evolution of the kilos produced in recent years, in addition to the different associated growth rates.

From the total of the fruit production of Agro San Antonio, we distinguish:
• Fukumoto Orange
• Orange Cara Cara
• Lemon Messina

The decomposition of the kilos produced and exported of each of these fruits is as follows:

From the previous tables, it can be inferred that Agro San Antonio is currently 88% concentrated in Fukumoto oranges, however, this composition will change over time due to the incorporation of the new Cara Cara and Messina lemon orchards that are entering into production.

If we zoom in on the production of Fukumoto oranges, the situation is as follows:

We highlight the continuous increase in production of this variety despite already working with mature orchards. Year after year new production and productivity records have been reached.

An example of the above is that the oldest orchard in Fukumoto, planted in 2005, was the one that obtained the highest production per hectare this season of 92,000 kilos, breaking a new record in Agro San Antonio. Regarding the production of Cara Cara variety oranges, this year 2021 we reached 518,614 kilos, exporting 454,738 kilos of them, that is, about 10% of all Cara Cara exported by Chile.

Our volume of Cara Cara has been increasing exponentially and our plan for the next few years is to approach 2 million kilos. The following table shows the evolution we have had in recent years:

If we separate Cara Cara’s production by fields, the situation shows that the 6-year-old orchard already had an exported production of 50,000 kilos versus the 2-year-old one that had 7,000 kilos per hectare.

Regarding the size of the fruit, we have been characterized by maintaining attractive size curves despite the progressive increase in productivity, especially of the Fukumoto variety.

The year 2021 was exceptional in production and this had an impact on the calibers, lowering the curve. Another reason attributable to this drop was the delay in the summer heat.

Below is a table with information since 2018, with the evolution of the size curve for the Fukumoto variety:

The above table shows the distribution of cumulative export fruit sizes per year. As can be seen, in 2019 60% of the fruit had a size of 64 or higher, which is 28% better than in 2018. In 2020 this improvement continued, bringing the previous ratio to 67%.

However, in 2021 the curve was shifted downwards, with which the ratio fell to 56%, this as a consequence of the extraordinary production per hectare obtained and of a summer climate with lower temperatures.

On the other hand, the size curve for the Cara Cara variety was as follows:

In this Agro San Antonio Report, we have made the decision to advance even further in the distinction of ratios that allow us to know in depth our activity and at the same time, to be able to compare ourselves with the relevant industry and project ourselves over time.

In this way, we have defined the following operational indicators: 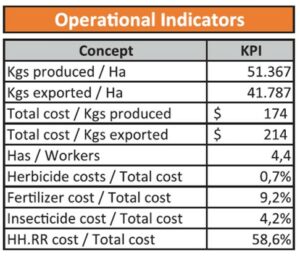 AGRO SAN ANTONIO is born as a family project lead by Osvaldo Antonio Barrientos Valenzuela, more than 20 years ago in the town of Pichidegua, sixth region, of Chile. 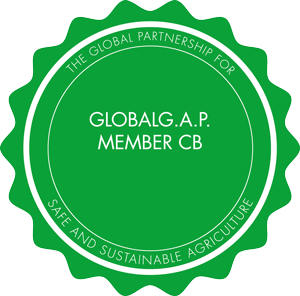